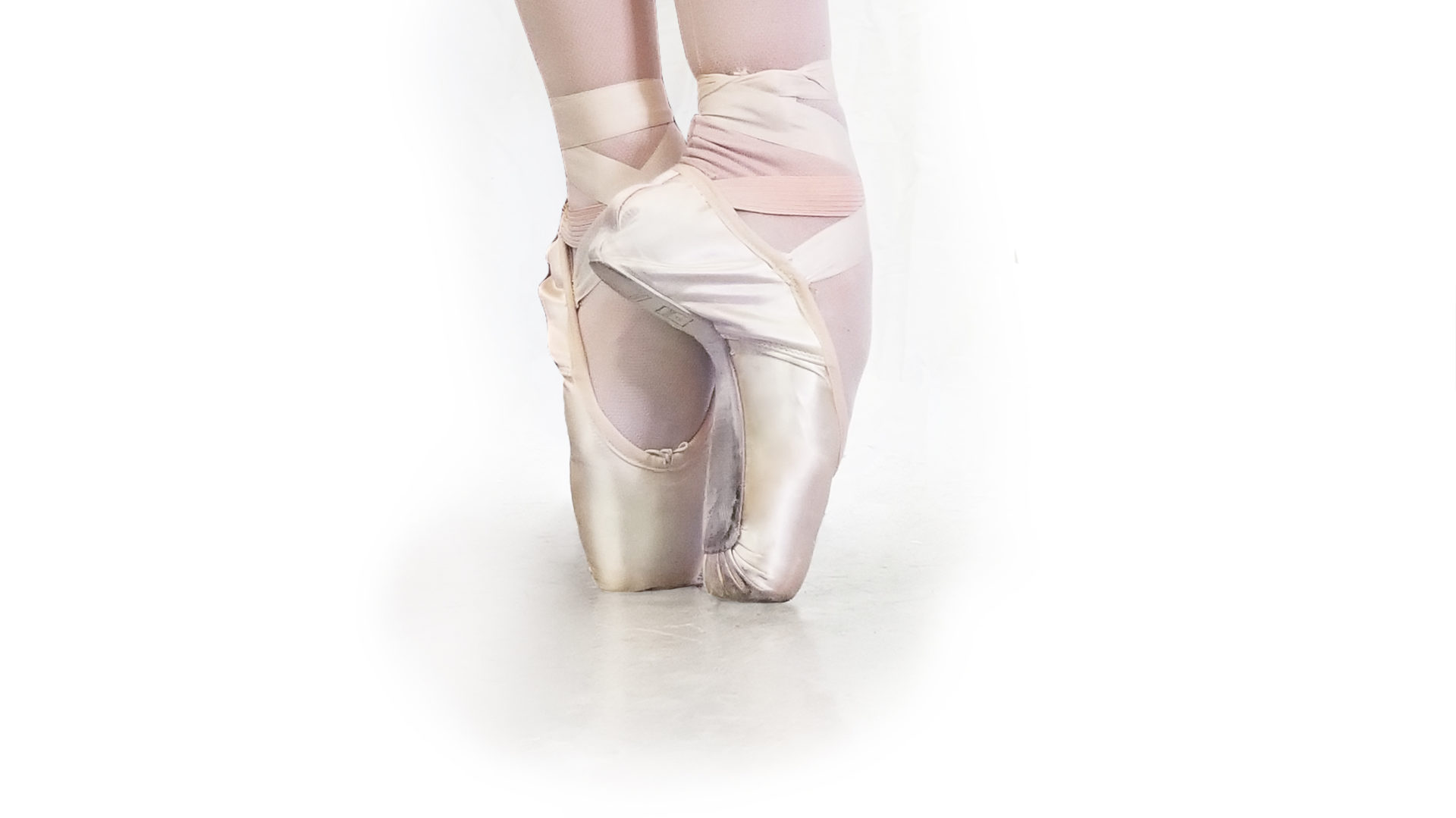 Kristen Wenrick received her training from the Boston Ballet School, the Chautauqua Dance Festival Company, the Milwaukee Ballet School, and North Carolina School of the Arts. She performed with Eglevsky Ballet in New York City, the Milwaukee Ballet and as Principal Dancer with the Louisville Ballet. Enticed by the world class repertoire of the Pittsburgh Ballet Theatre and its Artistic Director, Patricia Wilde, Kristen took a position with PBT in 1993. Ms. Wenrick danced with the company for nine years, rising to the rank of Principal Dancer.
Throughout her career, she has performed lead roles in the works of world renowned choreographers such as George Balanchine, Glen Tetley, Jiri Kylian, Hans van Manen, Paul Taylor, Marius Petipa, Ben Stevenson, Choo-San Goh, Lynn Taylor-Corbett, Kevin O’Day, and Dwight Rhoden. She has also had the opportunity to train with some of the world’s most influential teachers.
Upon retiring from the stage in 2002, she turned whole-heartedly to the art of teaching. Sought after as a teacher, coach, and choreographer by many ballet schools in Pennsylvania and Kentucky, she has been a full-time faculty member at Point Park University and a Summer Intensive Faculty member at the nationally recognized Central Pennsylvania Youth Ballet. Kristen’s most recent tenure was as the full-time Faculty member of the Louisville Ballet School. While enjoying her time at LBS, she continually felt the urge to establish the training and performing experience she benefited from as a student at the Cuyahoga Valley Youth Ballet in Northern Ohio.

Sarah Goud, a Louisville native, trained in gymnastics and was the Kentucky State Gymnastics Champion at age 9. Her training includes School of the Pennsylvania Ballet, School of American Ballet, San Francisco Ballet School and Pittsburgh Ballet Theatre School. Sarah joined the Louisville Ballet in 1995 under the direction of Alun Jones and Helen Starr. She performed Soloist roles in many classical ballets, as well as works by David Parsons, Paul Taylor, Antony Tudor and George Balanchine. Sarah’s Principal roles include Fascinating Rhythm in Who Cares?, Alice in Alice in Wonderland and Kitri in the full-length Don Quixote. She was featured in Louisville Magazine and Pointe Magazine in 2001. Sarah left the Louisville Ballet in 2003 to teach and perform internationally with her husband, David. Sarah is excited to join the Louisville Academy of Dance faculty.﻿

A native of Louisville, Kentucky, Deana Hall began her ballet training at the early age of 3 under Pat Gano of the Lyndon Ballet School. Drawn to the athleticism and grace of ballet, Deana’s earliest memory performing in Hansel and Gretel left an indelible impression on her love for the stage. Enchanted by the lights, costumes, music and strength, she continued dancing and studying ballet in college, attending the University of Louisville Dance Academy where she performed in the Louisville Civic Ballet Company under Director Cher Carnell. She would go on to spend 15 years dancing with the Louisville Ballet Company under the direction and guidance of Alun Jones, and Helen Starr, performing in productions of Firebird, Nutcracker, Cinderella, The Sleeping Beauty, Romeo and Juliet, Swan Lake, Petrushka, Scheherazade, A Midsummer Night's Dream, Don Quixote, Gaite Parisienne, and more. She has also performed in New York City, Nashville and Pennsylvania. Deana appreciates the experiences, friendships, and discipline that ballet has given her in life and she hopes to inspire the confidence, camaraderie and joy when sharing her passion and love of the art with her students. Also a licensed massage therapist, wife, and mother to a beautiful ballerina, Deana is honored to be a part of the LAD faculty.

Annie Honebrink grew up in Fort Mitchell, Kentucky and trained with Cincinnati Ballet Otto M. Budig Academy. She danced with the Cincinnati Ballet company’s corps de ballet as a CBII her junior and senior years of high school. Annie joined Louisville Ballet in 2010 as a Trainee and was promoted to Company Artist in 2012. She retired from professional dance in 2019. During her career, Annie enjoyed performing many classical and contemporary ballets. Some of her favorites include George Balanchine’s Western Symphony, Rubies, and Square Dance, Adam Hougland’s Rite of Spring, Asaf Messerer’s Spring Waters, Sanjay Saverimuttu’s Amid Exes and Whys, and Alun Jones’s Cinderella. Her most beloved role is Marie in Val Caniparoli’s The Brown- Forman Nutcracker. Annie has loved the opportunity to teach ballet to children and youth of all ages. She is excited to join Louisville Academy of Dance this fall and continue sharing her love and knowledge of ballet with students!

Donna Richards is a graduate of the Los Angeles School of Performing Arts at UCLA with a BFA in dance performance. While living in New York she performed and traveled with various Broadway shows such as “Chicago,” “Cabaret,” “Sweet Charity,” “West Side Story,” “A Chorus Line,” and many others. Donna also taught for various dance studios in NYC, including the David Howard Studio, Steps, and the Broadway Dance Theater. Donna currently teaches throughout Kentucky as well as guest teaches for various summer dance intensives throughout the United States. She is a member of the faculty at the Governor’s School for the Arts. In addition Donna is a freelance choreographer and has worked with Music Theatre Louisville, Ursuline School for the Performing Arts, and various Kentucky high school productions. She has also designed a KERA based dance program, “The Artist, The Athlete” which she uses in her artist in residence program.

Nikki, a Louisville native, began dancing at the age of four. In 2012, she earned her BFA in dance from Stephens College in Columbia, MO under the direction of many phenomenal professors. Nikki has performed in numerous dance competitions and has won national titles. She has performed at Walt Disney World and Universal Studios, as well as at many National High School and College Dance Festivals. While in college, she also performed with The Dimensions Repertory Dance Company under the direction of Elizabeth Hartwell. Nikki enjoys working with other local choreographers and taking part in their shows, such as the Louisville Dance Series. She is a former member of Keen Dance Theater. Nikki has a strong passion for dance and performing and loves to share her passion with others.

Casey Ross-Russell is a native of the Louisville area and has trained in various styles of dance including Ballet, Modern, Tap and Jazz. Upon graduating high school, she auditioned and was accepted into the Martha Graham School of Dance in New York City where she became a member of the Ensemble. She advanced further in the Company and began touring abroad. During this time she obtained a teaching certification in the Graham technique. She also assisted the Company Director in restaging choreography. In addition, Casey studied at Alvin Ailey, Julliard, Steps on Broadway and the Broadway Dance Center. Casey returned to Louisville and has since taught Graham, Classical Ballet & Jazz in local studios. She continues to share her passion for dance by teaching children of all abilities in after school programs where the children are given the opportunity to move and learn choreography. ﻿﻿ ﻿﻿